Sail the Island of Corsica

Superb sailing conditions, deep azure blue waters and white sandy half-moon bays all feature on a Corsican yacht charter. The unspoiled, rugged mountain scenery and deep shadowy river gorges make a magnificent backdrop to the beautiful anchorages you’ll find along your way. Inland there are friendly people and a fascinating countryside to discover.

The white cliffs of Corsica change to the red rock of Sardinia to the south. Combine both islands on a charter - two countries, two cultures and some great new places to discover. A charter out of Corsica also puts you in reach of the Tuscan Islands to the east. 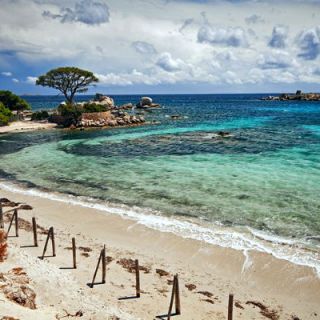 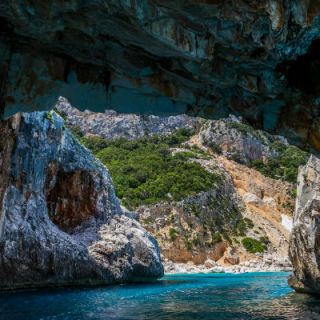 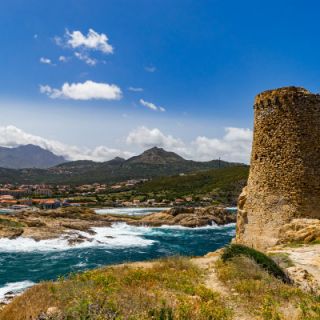 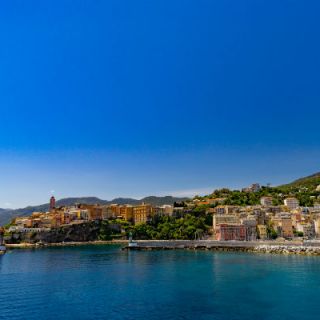 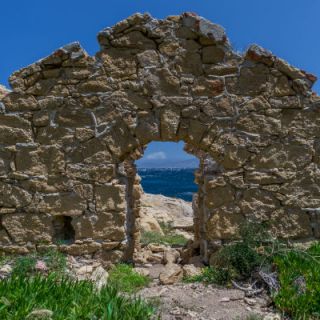 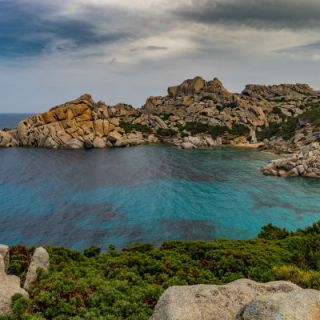 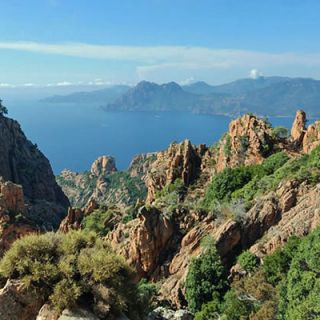 Rugged yet Reliably Beautiful: Corsica's a Great Place to Sail

Chartering from a base on Corsica's western side you are immediately sailing a spectacular coastline: one framed by rugged mountains interspersed by lonely river valleys with a succession of beautiful beaches, ancient villages and lively harbours along the way. One such base is Ajaccio, famous as the birthplace of Napoleon Bonaparte, after whom your point-of-entry airport is named. Fly to Ajaccio from numerous European cities and set sail from there. Or transfer to Propriano, a short road trip to the south. Propriano has the advantage of being closer to Sardinia if northern parts of that destination is in your travel plans.

On a two-week yacht charter you can circumnavigate the whole island of Corsica, with time to visit the Italian islands of Sardinia and Elba. Chartering for one week only, sail south or north to explore the west coast region and return in your tracks. The southward journey is more popular: as well as offering northern Sardinia it gives you time to take in the medieval town of Bonifacio. with its unique harbour tucked behind white cliffs on which perches the imposing Bastion d’Etendard that dates back to  the 15th century.

The Corsican people are as proud of their produce and cuisine as they are of their history. You will be enchanted by authentic local restaurants; the food and wine in themselves a good enough reason for visiting this unique island that is French, but quite distinct from France.

In addition to the bases mentioned there are several other Corsican ports from which to begin and end a sailing holiday; one that stays in France, or one that includes diverse aspects of Italy, depending on direction sailed. Talk to us about your itinerary, your timeframe and visit objectives, and we will advise on the best base to use and the boat that's ideal for your needs.

Corsica attracts a range of winds depending on the season. From June to September the prevailing wind is the Mistral, which blows from the west/northwest. The Sirocco (southeast) arrives in the winter, and the Libeccio (southwest) is common during summer and autumn.

The island's topography creates a number of micro-climates with a variety of temperatures and precipitation levels. The main mountain range divides the island roughly in half, and as a general rule the north is hotter than the south. The summer is long, with an extended sailing season split into three parts: low season - October to April, middle seasons - May, June & September, high season - July & August.

In the western Mediterranean the tide range is very small, rising/falling by just 30 cm to 60 cm (one to two feet).

Our client reviews about charter sailing in Corsica

Robert, I wanted to follow up and let you know we very much enjoyed our charter in Corsica. Thank you for arranging the charter, and answering my questions about the charter in Corsica. Corsica was a new experience for us and there were many unknowns. It was helpful to have you available to answer those questions. We would choose to use you as a broker again. Holly, USA, Jul 16th, 2019

Rating: 5 / 5
Bonifacio is out of this world. The Maddalenas were a little light on history, but they are not sold as that so its OK. The catamaran was great - nice and new, and everything performed to expectation. Tim, New Zealand, Jul 10th, 2018

Browse our yachts for charter in Corsica

View all Yachts in Corsica
For a personal proposal structured to meet your needs, with advice on all aspects of your sailing charter ...
Get in Touch