Sail the Bay of Biscay out of La Rochelle

Experience the Other Side of France by Sailboat

La Rochelle is a major maritime city at the heart of France on the Bay of Biscay. This region is at the centre of France's boat manufacturing industry, and increasingly a place where boating people also want to go sailing. Charter operators work out of Marina Minimes at the Old Port, offering itineraries that for the most part stay close to base for a very leisurely cruise around the nearby islands. Keen charterers seeking the experience of a true Bay of Biscay sail under a fine breeze can take the trip north to Ile d’Yeu.

The Charente-Maritime region is packed with history, and time ashore is always rewarding. There is much to interest students of French history, markets to shop at and havens in which to get away from the crowds, and all the customary fine food and wine to satisfy the palate after a busy day of exploration. 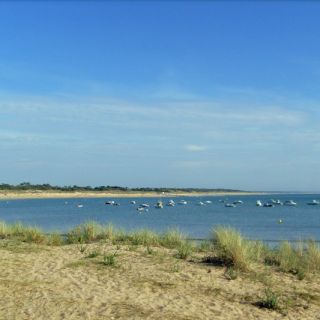 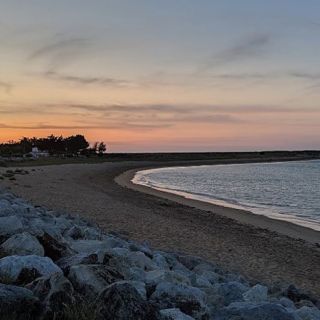 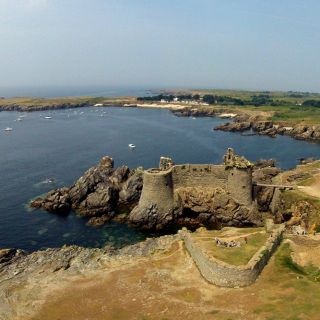 The city of La Rochelle (pop. 75,000) is easily accessible by air, road and rail from other parts of France and beyond. A short stay prior to your sailing charter is well worthwhile, to acclimatise and enjoy aspects of the maritime tradition that still prevail around the historic Vieux Port (Old Harbour).

Once under sail from the modern Les Minimes Marina into the Pertuis d'Antioche (Passage of Antioch), set course to one of the nearby islands : Île de Ré to starboard or Île d'Oléron and its small neighbour Île d’Aix to port.

Both Île de Ré and Île d'Oléron are connected to the mainland, making them an extension of the Charente-Maritime coast and crowded on weekends and holidays. The tides are high on this part of the Atlantic, and there is only one place to stay on each.

At Île d'Oléron, make for the town of St Denis and its marina at the northern end. Buoys are located outside the harbour for use while awaiting entry, which is restricted to two hours each side of high water.

Île d'Oléron is France’s second largest island after Corsica, and there’s plenty to see and do there. The fine-sand beaches attract day-trippers and holidaymakers from the mainland, from whom it’s easy to get away on your charter yacht. Just a 45-minute stroll along Boulevard de l'Océan from the boat harbour at St Denis lies La Brée-les-Bains, a small resort town known for its attractive beach that’s sheltered by centuries-old cypress trees. In the opposite direction a similar distance is Phare de Chassiron, at 46m the highest point on the island and worth the climb to get a fabulous view. There’s a small museum in the lighthouse that gives impressions of island life as it once was.

The third island in close proximity to La Rochelle is Île d’Aix. The nearby Napoleonic Fort Boyard is quite a sight as you sail by, and maybe around, then getting away from it all on the small island with several coves in which you may well find yourselves alone. Fortified in earlier times to protect the town of Rochefort, Île d’Aix is now a protected nature reserve.

The mainland town of Rochfort is accessible on charter, if willing to motor the 20km up the river Charente and deal with the locked harbour basin accessible only around high tide. (there’s a waiting pontoon available outside). Rochefort is packed with history and an interesting place to experience if time allows.

The area’s other main island attraction is Île de Ré, where you can arrange to overnight at Port de Saint-Martin-de-Ré on the northern side. The enclosed harbour, entered via a lock and like at St Denis tide dependant with waiting moorings, is conveniently located for land-based exploration of the island.

The attractive town of Saint-Martin, with Unesco Heritage status, has a fishing tradition linked to its vibrant market-town culture, while more recent development has seen an influx of bars & restaurants to showcase the local produce including fine wine. Cycling is the usual way of getting around Île de Ré.

For an extended day of Bay of Biscay sailing, head north to île d'Yeu, also mentioned on our Brittany page. From Saint-Martin on Île de Ré to île d'Yeu is a 48 nautical-mile journey. That does make for an extended day sail, but if a taste of Atlantic sailing is part of your charter plan and the weather is kind, it's a passage worth doing.

Browse our yachts for charter in La Rochelle, France

View all Yachts in La Rochelle, France
For a personal proposal structured to meet your needs, with advice on all aspects of your sailing charter ...
Get in Touch