Famous for its beautiful coastline, active volcanoes, delicious cuisine, wine and fascinating history, Northern Sicily and the nearby Aeolian Islands make an unbeatable charter destination, easily accessible with bases on Sicily itself and at the mainland port of Tropea.

What makes Sicily an even better sailing holiday destination is the flexibility it provides. Extend your cruise west to the Egadi Islands and Siciiy's south coast, or east to Messina and beyond. Or even consider a Sicily circumnavigation. Whatever route you choose, your sailing holiday charter in and around Sicily and The Aeolians will be an experience to remember. 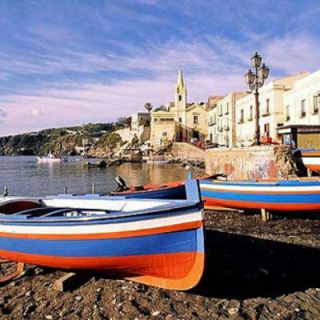 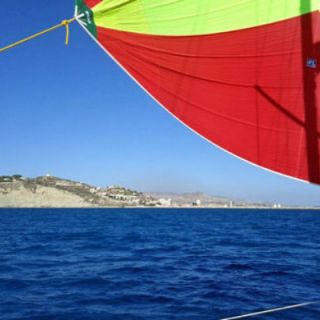 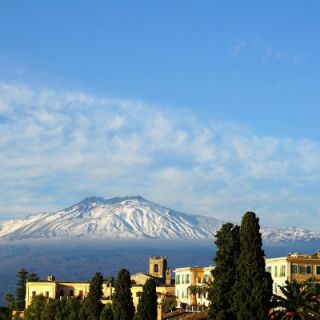 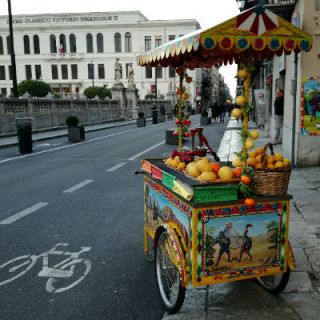 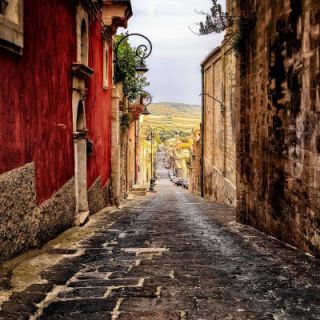 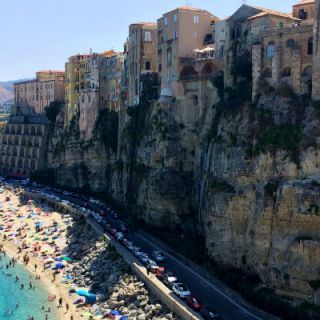 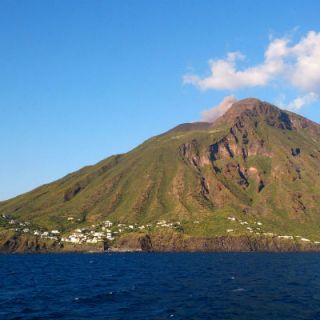 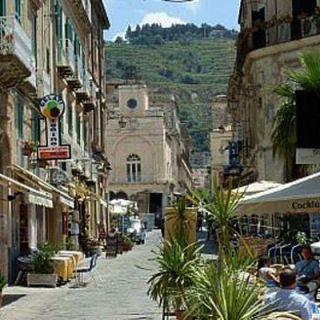 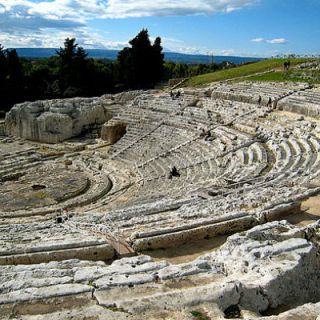 Sail the Tyrrhenian Sea, and Expect the Unexpected

Because of its strategic location (latitude 38° north), Sicily has been invaded countless times over the centuries; by the Greeks, Phoenicians, Romans, Arabs, Normans and Spaniards. Each occupier left behind their cultural influences that have blended to give Sicily its own distinctive personality in its architecture, cuisine and customs.  A visit to Sicily is certainly an experience to treasure, and that's without taking account of all the great sailing to be had.

There are bays and ports well worth stopping into all around the island of Sicily. Many charterers do however restrict their Sicilian sailing holiday to the northern coast, visiting the city of Palermo, historical Cefalù and delightful Portarosa. Increasingly the Egadi islands are being added to itineraries where time permits, and it's just a short sail to the Aeolian Islands and a quite different world.

Rising out of the Tyrrhenian Sea some fifteen miles off the Sicilian coast, the Aeolian Islands - Lipari, Salina, Stromboli, Vulcano, Panarea, Filicudi and Alicudi — with their black beaches of volcanic soil and dazzling clear light, have everything to make your yacht charter an unforgettable experience.

The history of this UNESCO World Heritage Site is recorded back at least 5,000 years, and traces of human presence can be found in the form of prehistoric villages, ruins, excavations, pottery and tools. The setting is a volcanic one, “Fire above and below” is how one writer describes the ambience, "baking under the constant glare of a Sicilian sun."

Colourful fishing boats line lively ports, filled with charming cafes, bars and restaurants. While the islands’ interiors offer the most varied and contrasting landscapes and scenery, the crystal clear water in sheltered bays and coves, volcanic activity, isolated reefs, starkly-painted houses and archaeological sites are unmatched for beauty and drama.  The food and wine are simply extraordinary, and some of the islands offer the rare experience of an almost vehicle-free environment.

Sailing here is away from it all, detached from the highly-populated tourist tracks. Although Italians have been holidaying in the Aeolian islands for centuries, the rest of the world is only just now awaking to their charms.

Combine your trip to the Aeolian Islands with a tour of Sicily, or travel to the 16th Century Calabrian town of Tropea, and use that as your base for this great Mediterranean charter holiday option.

A note on Southern Sicily

There is much to see along Sicily's southern coast as well. Because it is beyond the reaches of a 7-day charter out of the more popular northern side, and is often incorporated in a Malta charter, we have combined that part of Italy with our Malta destination page.

Our client reviews about charter sailing in Italy

We had a great time in the Aeolian Islands, and I highly recommend them as a destination. The beauty is that the islands each have a different character and are close to each other. The longest ‘passage’ is about 10 miles, and some are a lot shorter. Two of the largest islands, Vulcano and Lipari, are only 800m apart, but very different! The marinas are well located and were reasonably priced (€70-100 per night) and at Panarea there are only moorings but for €70 you also get a 24/7 water taxi service which was perfect. We found mid / late July to be superb.
David, New Zealand, Aug 16th, 2019

Rating: 5 / 5
We found the boat to be nicely designed and very comfortable. The sails were near new and a treat to sail with. The highlight destination was Capri where because of unsettled weather we stayed in the marina. We found a brilliant restaurant in Ana-Capri and enjoyed strolling the narrow streets. San Michelle villa was delightful. Service was 10/10. Mario at the marina went out of his way to help us with ideas advice and making sure we wanted for nothing. Peter, New Zealand, Oct 24th, 2018

Rating: 5 / 5
The cat performed well with everything working as expected. The only issue was batteries not lasting a night and having to run an engine both in the morning and again in the late afternoon when sailing and not motoring. Sails were easy enough to hoist and the electronics worked well. Lipari was a great spot to stop with a nice town to explore. But the nicest island I found was Panarea. Less tourists with very friendly locals. James, Australia, Jul 22nd, 2018

Rating: 4 / 5
The Aeolian islands are a beautiful part of the world with many highlights. The standout was watching Stromboli erupt at night from nearby offshore. Sail Connections service was as always excellent. Russell, Australia, Jul 16th, 2018

Just a quick note to say we had a fabulous holiday and fantastic charter. The boat was perfect and the skipper Salvo and hostess Lucia were excellent could not fault anything. Salvo took us to some amazing places, always had our comfort and safety in mind, and was a lovely guy, Lucia was an amazing cook we ended up having most of our meals on board she was so good, also great company and very friendly and helpful. Everyone at North Sardinia Sail were also helpful and very friendly. Tony, Australia, Aug 31st, 2016

I just wanted to say thank you. We had a great time sailing though Italy and we appreciate your help putting that together. We had a blast on the trip! Cilento is beautiful and I'm really glad we went south before heading across the bay to Capri and Amalfi. Happy to share more stories/insights from the trip so you can help other explore this beautiful region, Thanks again. John & Leah, USA, Sep 30th, 2015

Browse our yachts for charter in Italy

View all Yachts in Italy
For a personal proposal structured to meet your needs, with advice on all aspects of your sailing charter ...
Get in Touch