From Andros in the north to Santorini in the south, the Cyclades Group offers Greek Island yacht chartering at its best. With so many fascinating destinations and so much great sailing in between, it pays to plan your holiday well.

Take a look at the possibilities for a boat charter in the Cyclades, and you will be sorely tempted. But with a myriad of island destinations and just as many directions to sail in, planning is the key to a successful charter.

To start with, there are a number of charter yacht bases from which to sail - some on the islands themselves but most from the mainland. Study your options, talk to someone who has been there, and take advice from the professionals. Set a date that is at the right time of year for that destination, plan an itinerary that's workable for you and your crew, and importantly, be realistic about what you can cover in the time you have available.

The Cyclades Island group beckons with the promise of a great bareboat or skippered charter. But as with any vacation, you won't see it all, so first consider what's most important about your break away from the routine of daily life. 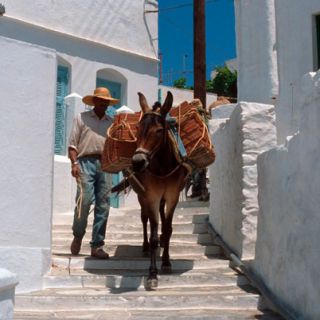 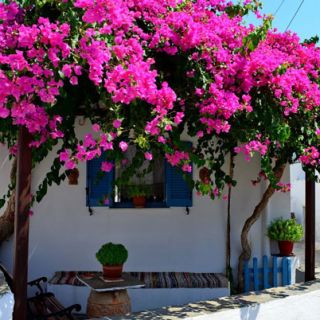 Are you a group of dedicated sailors who want to feel the warm wind on your faces, pulling into a peaceful berth at the end of an invigorating day's sail? Do you want pure relaxation on board, with comfortable sailing and plenty of time to laze in a picturesque anchorage? Do you want to be touched by Greek history, take time to appreciate the natural beauty of the Aegean's land and seascape, or live it up ashore between island-hopping passages? All options exist in the waters of the Cyclades. It's a matter of planning.

For the keen yachtsperson, a Cyclades boat charter offers some of the best pure sailing experiences in the Mediterranean. The Meltemi wind is often fresh, and visiting the southern part of the Group at the height of the season can mean a lengthy beat to windward getting back to Athens. Santorini is popular with the more adventurous of charter crews, while it is often bypassed by those seeking a more sedate sailboat cruise. If you get there though, you won't be disappointed.

The Santorini islands are the remnants of a massive volcano that erupted 3,600 years ago and still simmers away. It was home to a string of ancient civilizations, and many people visit to view the island's architectural sites. Most of the population live in small towns perched on the edge of the volcanic caldera, while the most popular beaches are on the eastern side of the main island, also known as Thera. 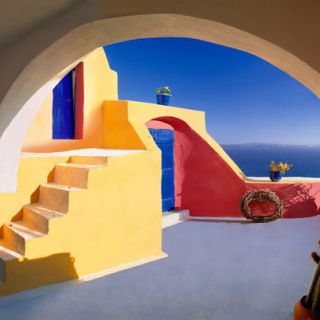 Mykonos, the island of the winds and battleground of Zeus and the Titans, is a delight. With its whitewashed houses and quaint market streets, Mykonos is home to so many of those iconic images of the Greek Islands. There's plenty of nightlife here too, and it's a great place to enjoy the wine and food of Greece. Take breakfast ashore, and try a traditional Mykonos kopanisti, made using the exquisite Cyclades cheese.

So you have a week, or better still a fortnight, to sail the Cyclades, and we've only touched on two of its 220 islands. An illustration of just what's in store - a veritable feast of choices for sailing these waters. Clearly, to make the most of all the Cyclades has to offer we would be happy to discuss your plans and offer our advice.