The Dodecanese island group is full of history and many splendid natural features, with much to commend it as a sailing destination. And with a culture influenced by proximity to the Turkish mainland, the local people offer an experience that’s quite different from elsewhere in Greece. There are many interesting places to visit over a reasonably wide area, and your sailing itinerary will benefit from careful planning.

Dodecanese means twelve islands in Greek. Of those dozen main islands (there are also over a hundred smaller ones), the most popular sailing destinations are Kos and Rhodes, with their charter boat bases from which to start or end your holiday, along with Patmos, Kalymnos, Nisyros, Symi and Tilos. There is also Samos to the north to consider, not part of the group but a destination in its own right if time allows. With the prevailing wind in the north or northwest across the eastern Aegean, it is common, but not essential, to begin charter from Kos, travelling one-way to Rhodes and enjoying the intervening islands along the way.

It almost goes without saying that these islands are full to overflowing of ancient history. Kos was the home of Hippocrates, the father of western medicine> One of the island's main attractions (besides its beautiful beaches) is the Asklepieion, an ancient healing centre based on the physician's teaching.

Over on Rhodes, the 30m high Colossus, considered one of the Seven Wonders of the Ancient World, symbolised the power once concentrated in that island, until it was felled by an earthquake in 226BC. The site where the Colossus of Rhodes stood is close to the Mandraki charter base. 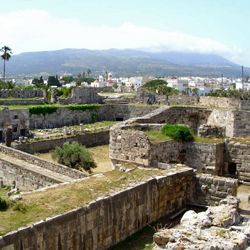 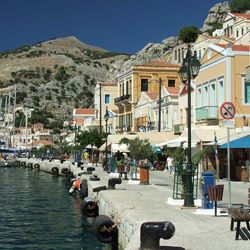 In the Bible, Saint John was exiled to Patmos, where he wrote the Apocalypse as described in the Book of Revelations. Patmos is a place of reverence and spirituality as a result. Its upwind location makes Patmos a convenient first stop on a charter starting from Kos.

Also in the northern sector of the Dodecanese and so usually upwind on charter is Kalymnos. This island is popular for rock climbing, and is home to the the sponge-diving industry that has long been a mainstay of these parts. The waters here are reputed to be the world's best for sponges, which even after centuries of technological advances still have a ready market as natural cleansing products.

Nysiros has a sheltered port from which to explore this relatively quiet island. Quiet that is, except for the still-active volcano that dominates the landscape. In the holiday season, mini-buses take visitors to the edge of the large caldera.

To the east and very close to Turkey is Symi, which is promoted as a destination for peaceful holidays but has its share of development as well. In fact the architecture is a feature here, particularly in the picturesque port of Gialos and the connected settlement of Chorio. A popular attraction is the 15th century Venetian castle, which stands on the highest point of the main settlement, sadly damaged during Second World War fighting. 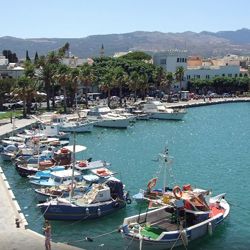 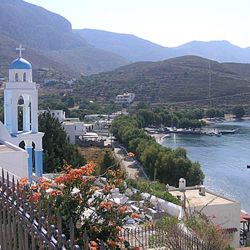 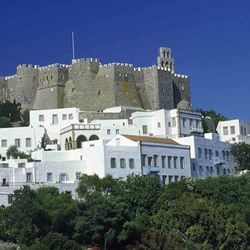 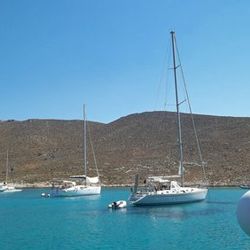 From Symi it's a very short sail to Turkey, with the port of Datca just 18km away. This part of Turkey, collectively known as the Turquoise Coast, is a popular charter destination in its own right. To enter Turkey from a Greek island requires planning ahead, as visas cannot be obtained on arrival and there's other paperwork too. If you are really keen to do a two-country charter, we suggest you consider Turkey as your base. So talk to us early if this is part of your plan, and we'll advise accordingly.

Finally on this whistle-stop tour of some of the Dodecanese Islands, to Tilos, somewhat off the beaten tourist track. Here you will find relative peace and quiet to enjoy the fine secluded beaches (some naturist-friendly), and quaint little villages that hark back to an earlier age. A great place to wind down and start thinking about the conclusion of your charter holiday, and the base on Rhodes, 80km due east.

If you are looking for a Mediterranean boat charter that serves up local hospitality of the highest order, has the life and commercial vigour expected of a popular tourist destination, yet offers the peacefulness of remote islands away from the crowd, all to be explored with a fair wind blowing and the weather all you could wish for, then the Dodecanese island group is an alternative to better-known places that is well worth considering. If you want another sailor's opinion, read this article on the Dodecanse published on the Telegraph website.