The most northerly boat charter region in the Aegean Sea, the Sporades island group is a place of castles, lively villages, forested hills and sandy beaches, all surrounded by some of the clearest water in the region.

The summer Meltemi makes for excellent sailing conditions, enabling you to cover the ground and stay over in your choice of coastal settlement or secluded anchorage. The Sporades charter region is close enough to the Greek mainland for you to include some tops spots there in a two-week sailing itinerary, so you really get the most out of your holiday in this special place.

Top spots to visit on your Sporades boat charter

This is a large area and there are several possible bases from which to launch a Sporades and Northern Aegean charter sailing holiday. Most popular as a start point is the island of Skiathos, after arriving by plane or ferry from mainland Greece. Skiathos town is a most attractive place, a popular tourist destination well set up to cater for visitors. Most of the population lives on the arable southern, more sheltered side of the island. Don't leave without visiting Moni Evangelistria, a famous monastery of the Greek Church, built on the island's highest point.

Sailing among the Northern Sporades islands

Immediately to the west of Skiathos is the hilly island of Skopelos. The northern end of Skopelos does not have much to recommend it on a yacht charter, however there are some nice sheltered bays in the south and southeast, including the main settlement of Skopelos town.

Like all the Greek islands, Skopelos has its share of history, and in legend it is associated with Dionysus, the God of Wine. A convenient point of call, Skopelos is on the way to perhaps the area's best-known charter-holiday attraction, the National Marine Park of Alonissos. The best anchorages here are around Patitiri and Steni Vala, along the southern coast. The nearby island of Peristera provides ample opportunity for some wonderful Greek island explorations within a small sailing area.

The large island of Skyros is some sailing distance from Alonissus, so plan your visit if you wish to include that destination. On the way lies the small uninhabited island of Skantzoura, which has sufficient shelter for a stopover. From there to Linaria, the main port town on Skyros, it's around 30 nautical miles, downwind when the prevailing Meltimi blows. Linaria is a good place from which to explore western Skyros.

Should time and inclination be against visiting Skyros, there is plenty to do and see closer to base. Kyra Panagia is a substantial yet uninhabited island that is also part of the national marine park. Several good anchorages with sandy beaches include the almost fully-enclosed harbour at the northern end of the island.

West and north to mainland Greece

An alternative to sailing east and south from Skiathos, or in addition to it if time allows, is the opportunity on a charter from this destination to explore some of the Greek mainland. The nearby coastal region has much to recommend it. See the Pagasetic Gulf, travelling as far as Volos, considered one of Greece's finest cities. Sail the western shore of the Magnesia Peninsula, from where Jason and the Argonauts set off in search of the Golden Fleece. Visit unspoiled and relatively unknown Trikeri Island, home to just a hundred people where all transport is by foot, donkey or boat. Cross to the village of Orei, and explore the northern end of Evia Island.

To complete the picture of the Sporades sailing region, mention must be made of northern Greece. On a two-week charter, with a crew willing to face the Meltimi, your travels can take you to the Chalkidiki region, with fine anchorages available in and around Porto Koufu, between the three slender fingers of land that reach out into the Aegean here.

Depending on the old enemy time, visit Thessaloniki, where you can stop off at a popular tavernas for a sip or two of ouzo and a delicious souvlaki, perhaps entertained by the bouzouki-playing minstrels, then stroll the waterfront and watch the sun go down over a most amazing boat charter holiday in Greece.

The Meltemi blows here in the summer, making for sometimes fresh sailing conditions. Talk to us about how to make the most of every day on your sailing program. 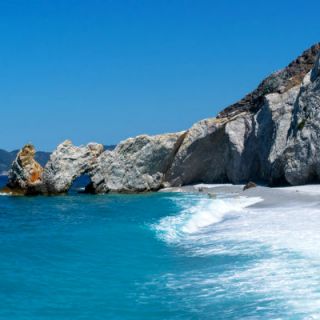 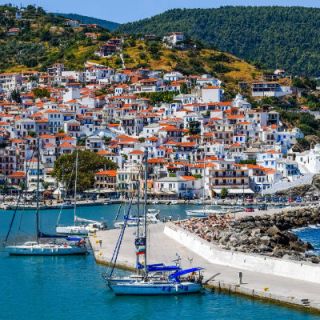 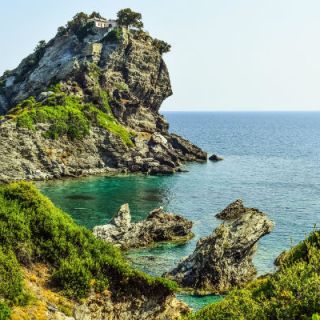 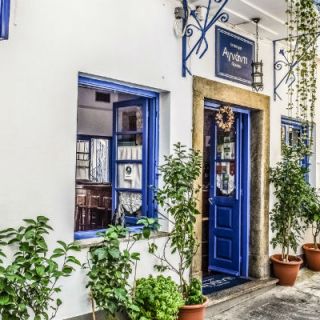 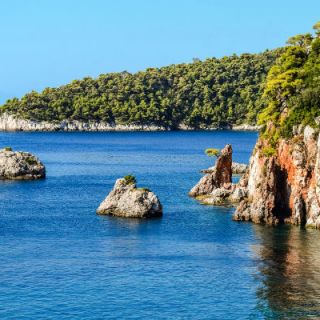 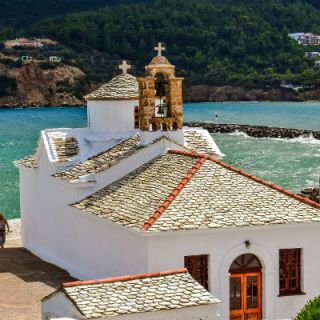 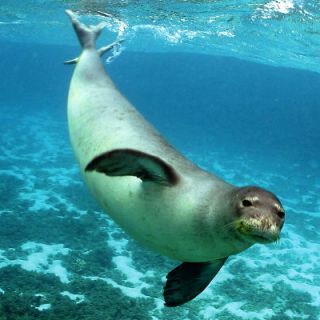 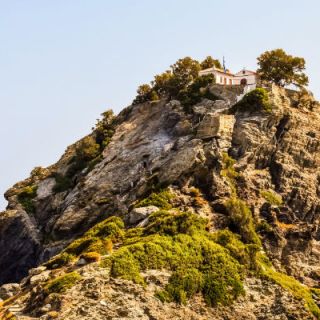 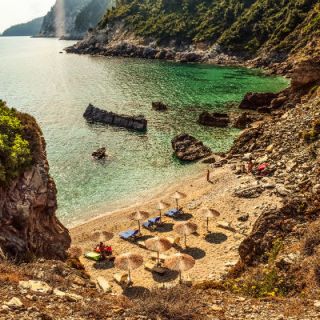 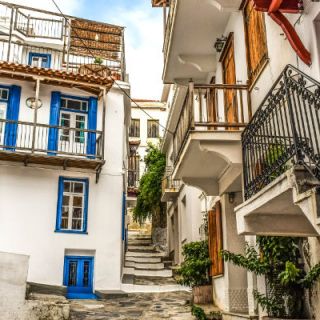 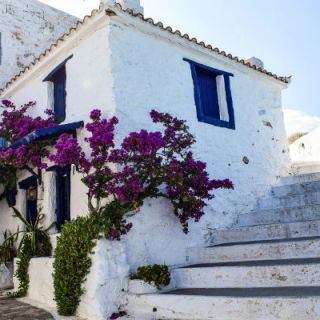 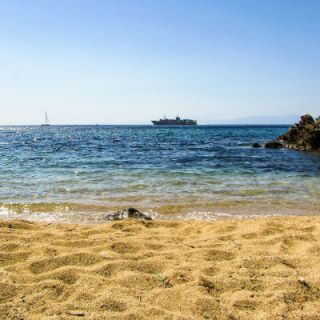 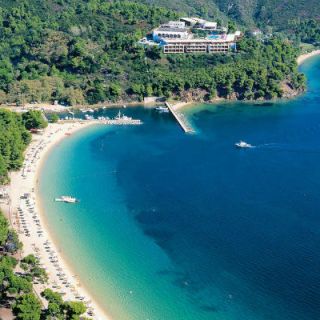 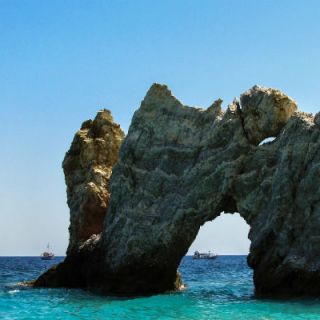 Our client reviews about charter sailing in Greece

Dear Sue, we would like to thank you and Robert for all the work you put in to make our charter run so smoothly from your end. We absolutely loved the Greek Islands, they were everything we had ever imagined. Jill and Pip, New Zealand , Oct 9th, 2019

Had a great time. The wind was terrific - good fun, but nothing too hairy - exactly what we were looking for to take it up a notch or two from Croatia last year. And the Dodecanese were really good - nice ports, not too crowded (esp compared to Croatia) - just felt a bit more out of the way. DYC were fine - a little bit more on the 'smell of an oily rag' end of things compared to the very efficient German-run scene at Trogir, but it all worked and no real issues. Excellent recommendation Robert - boat and destination - you nailed it!

The Lucky Clover was fantastic. We travelled around the Saronic Islands which were beautiful. A new adventure every day. One day we hired scooters and explored the islands. Great service thank you. 10 out of 10, a trip of a lifetime! Deborah, New Zealand, Aug 1st, 2017

Browse our yachts for charter in Greece

View all Yachts in Greece
For a personal proposal structured to meet your needs, with advice on all aspects of your sailing charter ...
Get in Touch