Thinking about a Caribbean charter sailing holiday? Your basic research has no doubt revealed the Virgin Islands as an attractive option. In fact very attractive, when considering the choice of beautiful places to visit within the archipelago and the ease of getting there. But wait, there’s more to it. Colonialism saw to that.

The Virgin Islands lie between Puerto Rico and the string of islands known geographically as the Lesser Antilles that stretch south all the way to Trinidad. Columbus named them for 11,000 virgins, but there are in fact around 120. They are identified within three groups according to their European conquerors Britain, the United States and Spain. The Spanish lost their Caribbean territories to the USA in 1898. Long story. So what’s the relevance today if you’re considering an expedition to these tropical island jewels?

The most westerly group within the group, the Spanish Virgin Islands are part of Puerto Rico. Politically the big island is interesting in itself, being an unincorporated territory of the US and sometimes touted as the ‘51st State’. But not so much right now.

The Spanish Virgin Islands form the major part of this destination’s sailing vacation appeal, accessed primarily from a major marina at Fajardo on Puerto Rico’s eastern tip. From base it’s just 10km to the first offshore island, Isla Palominos, and the start of a leisurely sail within a confined area easily explored on a 7-day charter. The main Islands in the group are Culebra and Vieques.

Puerto Rico has direct air links with several major US cities, and US citizens do not need a passport to enter. On a yacht charter you may choose to sail further east to the US Virgin islands with the prior approval of your charter operator.

We recommend the Spanish Virgin islands primarily as a crewed charter destination, where local knowledge and experience will add considerable value to your sailing vacation. If it’s bareboat sailing you’re looking for, that’s available too. Or take the connection east and discover all for yourself the beautiful US and British Virgin islands. 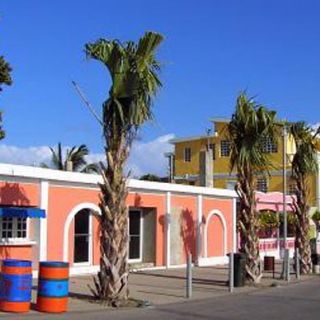 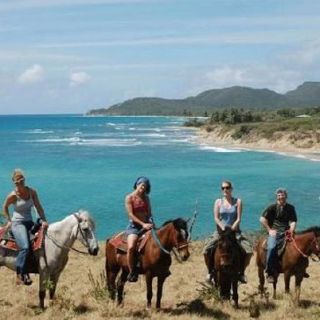 Officially the ‘Virgin Islands of the United States’ and also an unincorporated territory of the aforenamed. In the USV the sailing scene centers around St. Thomas, home to both the international airport and the boat charter bases. While the USVI are heavily promoted as a stepping stone to the British Virgin Islands, they have a certain appeal in themselves. The second island of St John is the main tourist destination, big enough for you to get away from the crowds on your floating hotel and experience some stunning natural localities.

The USVI and BVI are very close companions as island territories go. Only in 1993 did the British and Americans clarify the border by treaty. Because the islands are ‘territories’, technically it’s a border between the USA and Great Britain: It's “… about 200 nautical miles long and consists of 49 straight-line segments defined by 50 individual coordinate points”, according to Wikipedia.

Sailing west to the Spanish Virgin islands requires prior approval, as does travel south to the largest USVI, St. Croix. 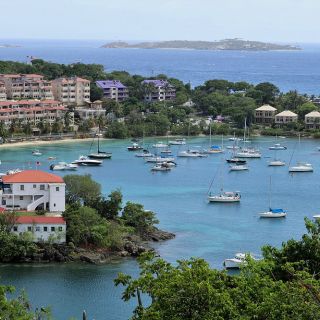 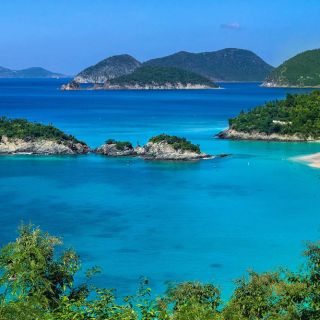 Saving the best till last? Many independent observers consider the British Virgin Islands the Caribbean’s ultimate sailing destination. Columbus sailed by looking for China but didn’t stake a claim, leaving this eastern part of the archipelago up for grabs by all concerned, except the indigenous people. For a while the Dutch had possession before the British kicked them out in the 1670’s.

Tortola is where your BVI sailing holiday all begins, unless you’ve sailed from St. Thomas. Air links are primarily through San Juan Airport, Puerto Rico.  Another option is the short ferry ride after flying into St Thomas, USVI. The BVI are not as directly accessible as the USVI, and that’s why many take the USVI/BVI charter itinerary option. Why fly when you can sail these beautiful waters?

Like the SVI and USVI, the British Virgin Islands are generally volcanic in origin, with rugged interiors; Mt Sage on Tortola is the highest point at 523 meters. That’s with one notable exception. The BVI’s most easterly outpost of Anegada is your typical desert island destination. Anegada is limestone-based with a coral reef and sheltered lagoon, second largest British Virgin Island yet with less than 300 permanent residents.

Alternately to a USVI/BVI itinerary out of St Thomas, the reverse-order option out of Tortola is standard. Non-US citizens require a visa or visa waiver to enter the USVI.

With your bags packed and your documentation in order, the Virgin Islands offer so many charter sailing vacation opportunities. It’s one of our most popular destinations with a huge range of bareboat and crewed charter boats available, all at attractive prices that are best secured when you plan ahead. 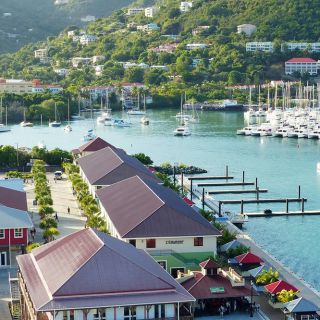 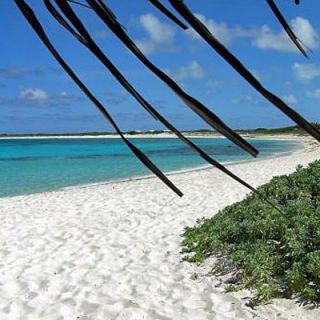